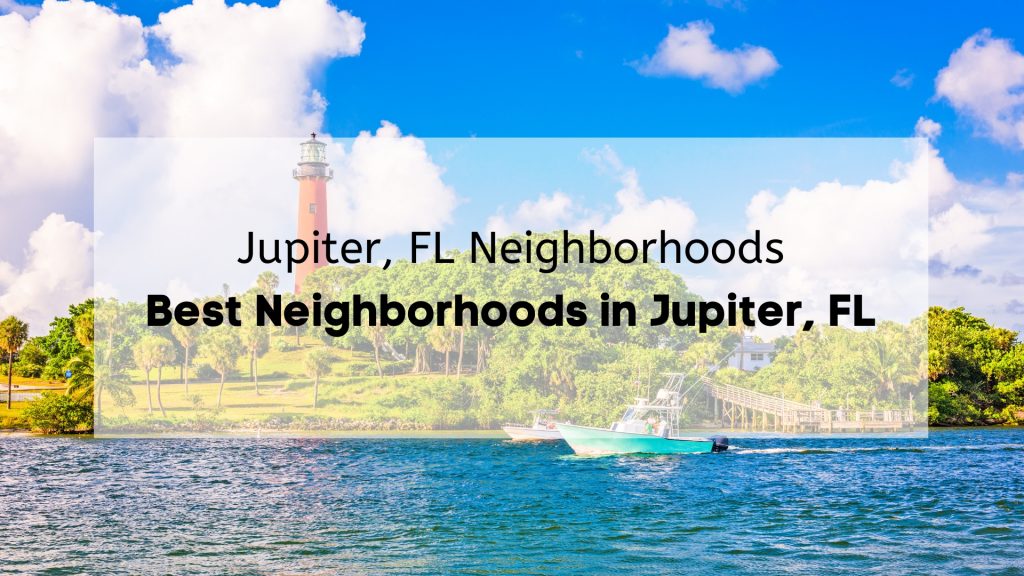 Jupiter, FL, is a town on the east coast of Florida and is known for its red 1860 Jupiter Inlet Lighthouse, which offers a panoramic view of the Jupiter Inlet. Jupiter is in a perfect location, conveniently positioned along the Atlantic Ocean. It’s the last town in the northern end of Palm Beach County.

Abacoa has beautiful, picturesque homes and an amazing Palm Beach County golf course; Abacoa is considered one of the top Jupiter Neighborhoods.

Not only does the Miami Marlins and the St. Louis Cardinals spring training takes place in Abacoa, but this affluent neighborhood also has great shopping and dining options—if you aren’t in the mood to catch a game at the Roger Dean Stadium, explore the downtown area instead!

Abacoa residents consider the neighborhood’s walkability one of its great attributes. Abacoa has a laid-back barefoot vibe and is great for anyone that enjoys a neighborhood centered around its downtown. There are numerous bars, cafes, and boutiques, in Downtown Abacoa.

Most residential real estate in Abacoa are Key West-style homes with tin roofs and big, wrap-around front porches. Mallory Creek is one of the top housing developments in this affluent neighborhood.

South Florida is known for its pristine golf courses and beautiful ocean views—Admirals Cove offers the best of both. Admirals Cove is a great neighborhood in Jupiter, Florida, and is known for its top-tier golf facilities and miles of waterfront views. Admirals Cove hosted the US Open local qualifiers tournaments. The residents enjoy their free time cruising around in their golf carts (or boats).

Admirals Cove is located near many great restaurants—which are sometimes accessible by land or sea,

The vibe in this Jupiter neighborhood is considered affluent or bougie, as the residents spend their time shopping in nearby malls or fishing on their off-shore boats. It’s not uncommon for residents to have multiple boats or even a personal yacht!

Still trying to figure out where to live in Jupiter? New Haven is one of the top family-friendly neighborhoods in Jupiter. The first homes were built in 1998, which gives the area (and landscape) a mature and established feel. There’s a mix of single-family homes and townhouses—to accommodate anyone’s preferences. Its canopied roads, beautiful yards, and hundreds of magnolia trees have given New Haven the reputation as one of the greenest neighborhoods in Jupiter. The shaded roads and yards give New Haven a cozy, homey, and suburban feel.

The average home size is 3,200 square feet with a 400 square foot outside patio or balcony. The typical size of a New Haven townhouse is 2,000 square feet. The average home sells for around $700,000 (41.1% higher than in 2021) —- the New Haven housing market isn’t considered competitive. Although this is a well-maintained and picturesque neighborhood, the HOA monthly fees are only $300 per month.

This neighborhood is located within Abacoa, so expect all the same amenities—we’re talking local breweries, quaint coffee shops (like Little Moir’s Leftovers), seaside restaurants, and proximity to the ocean.

Jupiter is a Florida town keen on outdoor fun, and Jupiter Village is the same! With sidewalks throughout the neighborhood and a neighborhood park, Jupiter Village screams family-friendly, safe, and affordable. 32.4% of the residents are young adults, and 9.85% are children.

Jupiter village has a population of 1,599 with 735 single-family homes and villas. The median household income is $61,009, and the average home price of $324,000, making Jupiter Village a nice and affordable place to live.

The Bluffs—Seaside Community in Jupiter, Florida

The Bluffs of Jupiter are located between the Atlantic Ocean and the intercoastal waterways of Jupiter, making it one of the best areas to live. It’s Approximately 1.9 miles from the sandy beaches of Jupiter. The Bluff has seven different communities within the neighborhood, giving you plenty of options.

Three-bedroom, two-bath homes offer a family-friendly suburban feel with closeness to the Jupiter Inlet and the Atlantic Ocean.

Two-bedroom, two-bathroom, Gated condo communities are located on the opposite side of the Jupiter Inlet, providing perfect beach proximity.

These affluent waterfront communities sit on over 300 acres of highly-desired beachside real estate property. The bluffs have single-family homes, condominiums, and townhouses, giving you choices! The vibe of The Bluffs is any beach-lover’s dream—you can smell and feel the ocean breeze from your front yard!

There are 3,969 residents in The Bluffs and 2,125 homes, condos, and townhomes. There are plenty of great Jupiter neighborhoods to choose from in this housing development.

The luxurious community of Valencia is considered one of the most affluent neighborhoods in Palm Beach County.

Valencia’s Mediterranean and Tuscan-style homes make you feel like you’ve just stepped on a plane in Greece. The homes have large balconies and patios that give in a vintage yet eccentric feel. Not all, but most homes even have private swimming pools, which come in handy on those hot summer days!

The community comprises older adults (34.5%) and younger children (30.3%), making it a family-friendly neighborhood in Jupiter.

Valencia is centrally located near great restaurants and luxurious shopping centers in the heart of Jupiter. Valencia is a great place to live!

Just west of Abacoa is one of the most popular Jupiter neighborhoods—The Heights of Jupiter. There are a variety of single-family homes in The Heights; some are one-story, but many are two. Although the homes were built a while ago, most were updated or remodeled in the early-mid 2000s.

While very uncommon in Jupiter, most of these homes come equipped with a small backyard area, which is great for children or dogs! There is a beautiful park nearby where your furry friends (or kiddos) can run around and stretch their legs.

The Heights of Jupiter is considered one of the more affordable neighborhoods in Jupiter, but that’s not to say the location and homes aren’t a great steal!

Only a few neighborhoods in Jupiter are pet-friendly, as few have sufficient yard sizes to maintain a happy pup! Indian Creek is conveniently located near the Florida Turnpike, making it a dream neighborhood for commuters.

If you’re a young professional that commutes to a larger city like Miami or Fort Lauderdale, Indian Creek is a great choice!

The community consists of three-bedroom, two-bath single-family homes. Indian Creek is in a great location and is even around the corner from one of Jupiter’s great golf courses, Golf Club of Jupiter.

It’s more affordable compared to other Jupiter neighborhoods, as the median household income is only $42,700

The Hamptons is another affordable neighborhood in Jupiter, FL. Like New Haven, the Hamptons has canopied neighborhood roads that give the streets a cozy, suburban feel. Many families live in the Hamptons, near some of the top-rated Jupiter schools, like All Saints Catholic School.

The Hamptons is an excellent choice if you’re looking for an affordable and family-friendly neighborhood!

Map of Neighborhoods in Jupiter, FL

Jupiter has tons of great neighborhoods to choose from; whether you’re looking to spend millions on a luxury mansion or a simple beach-lover who needs a condo to accommodate their needs, you’ll need Jupiter movers to get you there! Call Meehan’s Family Moving today for a free quote! 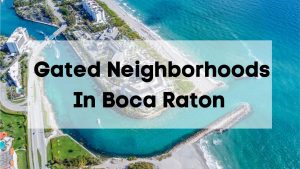 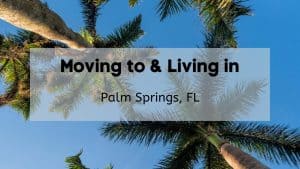 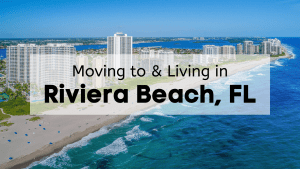 Riviera Beach, a.ka. “Conch Town” is a city in Palm Beach County that got incorporated in 1922 on September 29th, and was named after French